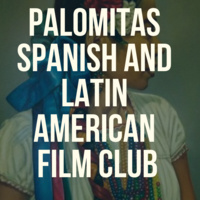 Palomitas is the Spanish and Latin American film club at UAB. Our club meets once a month to watch a film that pertains to some aspect of Spanish or Latin American culture. The objective of Palomitas is to foster critical and creative thinking about the film and to encourage an informative discussion about the cultural and artistic aspects of the films we watch. We strive for the highest possible standard of excellence and success for our members. We support all students to achieve proficiency in their chosen field of study while offering a safe, inspirational, and diverse environment for our students, members, and faculty to dialogue and learn. The films or television programs the club watches may be altered to include other filmed cultural events and performances, such as sporting events, theater, music, and festivities.

When the Mountains Tremble: War and Revolution...