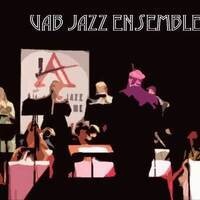 Under the direction of Dr. Steve Roberts, the UAB Jazz Ensemble is made up of a select group of students chosen by audition at the University of Alabama at Birmingham. The group has a long tradition of excellence and has placed first in the Alabama Jazz Hall of Fame Competition three of the last five years. In 2013 they premiered a new big band arrangement of Harry Belafonte’s Turn the World Around for his induction into the Alabama Jazz Hall of Fame. The group has played for and with such great jazz artists as Sean Jones, Allen Vizzutti, and Kirk Whalum. In the summer of 2016 UAB Jazz finished their third European tour performing in Austria, Italy, German, and Switzerland.