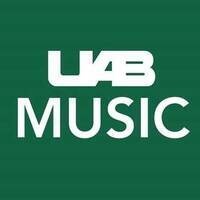 Darnell is Professor of Voice and Head of Vocal Studies at Florida Gulf Coast University, where she teaches applied voice, vocal pedagogy, vocal literature, and opera workshop.  She was a recipient of the Fulbright Scholar Teaching/Research Award and taught courses in Vocal Pedagogy and American Song at The National Conservatory of Music in Lima, Perú, in fall 2016.  She was on the faculty of the Summer Music Study in Hungary Festival 2016-2018 in Szeged, Hungary.

An award-winning concert pianist, Michael Baron performs over 40 concerts each year, including annual tours of Europe and engagements throughout the United States, Asia, and South America. Equally at home as a recitalist, a soloist with orchestra, and a chamber musician, Baron commands a diverse repertoire, ranging from Baroque compositions to world premieres of contemporary pieces. His virtuosity and musicianship regularly garner the highest critical acclaim. Baron received his doctorate in Piano Performance from The Ohio State University where he studied with the legendary American pianist Earl Wild.  He also worked extensively in Italy with the renowned pianist Orazio Frugoni.

Dr. Baron serves as the Myra and Van Williams Distinguished Professor of Music and Head of Keyboard Studies at the Bower School of Music at Florida Gulf Coast University in Ft. Myers, Florida. He is also Honorary Professor of Music at Yantai University and Hubei University in the People’s Republic of China. A distinguished educator, Baron has presented masterclasses and workshops at schools, festivals, and universities throughout the world. He regularly serves as a jurist on regional, national, and international piano competitions.

An acclaimed master teacher, Dr. Baron’s students regularly win competitions throughout the United States and abroad. He is a popular teacher and presenter for teacher groups. Baron is the director of summer music festivals in Europe and is an International Steinway Artist.