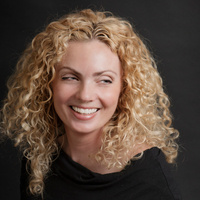 Nickole Brown received her MFA from the Vermont College and studied literature at Oxford University. She was an Assistant Professor at the University of Arkansas at Little Rock for four years until she gave up her beloved time in the classroom to write full time.

Currently, she is the Editor for the Marie Alexander Poetry Series and teaches periodically at a number of places, including the Sewanee School of Letters MFA Program, the Great Smokies Writing Program at UNCA, and the Hindman Settlement School.

Her first collection, Sister, a novel-in-poems, was first published in 2007 and reissued in 2018. Her second book, a biography-in-poems called Fanny Says, came out in 2015. The poems of her recent projects—To Those Who Were Our First Gods (2018) and The Donkey Elegies (2020)—speak in a queer, Southern-trash-talking kind of way about nature beautiful, but damaged and dangerous.

Nickole will be reading at UAB as well as elsewhere: