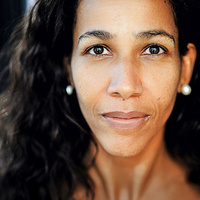 My Grandfather Would Have Shot Me: A Black Woman Discovers her Family's Nazi Past

On the anniversary of Kristallnacht in Germany, Jennifer Teege will be lecturing at UAB via Zoom. She is an Afro-German woman who was adopted into a white family and grew up comfortably in West Germany. As an adult she discovered that her maternal grandfather by birth was Amon Goeth, the commandant of a brutal labor/concentration camp (Goeth was played by Ralph Fiennes in Schindler’s List). In her book (and her talk) she reflects on her struggles to deal with her lineage and the legacies of the Third Reich.