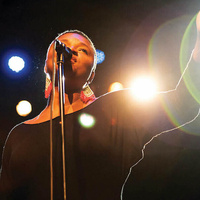 Acclaimed vocalist Lizz Wright is a steward of American music bringing brilliant color and vibrancy to singular original works and compositions by some of the greatest songwriters of our time. Wright has garnered widespread attention as one of the most venerable popular singers of her generation through the release of five critically acclaimed albums. From her breakout Verve debut album Salt to her forthcoming album Grace on Concord Records, Wright lives life filled with beautiful possibilities centered on the power of song.