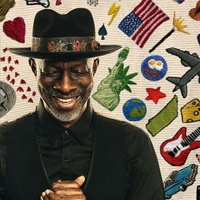 Join us via Zoom for a live-streamed event with an intimate solo performance by blues artist, Keb’ Mo’, complete with personal stories and an audience Q&A!

In his quarter-century as a recording artist, the charismatic singer/guitarist/ songwriter and five-time GRAMMY Award winner has consistently made music that reflects his own passions and interests. In the process, he’s earned a reputation for his ability to draw upon his bottomless roots-music expertise to make deeply expressive, highly personal music.

Keb’s guitar playing has garnered him his third invite to Eric Clapton’s prestigious Crossroads Festival and has inspired leading instrument makers, Gibson Brands, to issue the Keb’ Mo’ Signature Bluesmaster and Bluesmaster Royale acoustic guitars and Martin Guitars to issue the HD-28KM Keb’ Mo’ Limited Edition Signature model. He has been featured in TV and film, playing Robert Johnson in the 1998 documentary Can’t You Hear the Wind Howl, appeared three times on the television series Touched By An Angel, played a leading role on Hallmark’s Signed, Sealed, Delivered: Higher Ground, and performed for President Obama at the White House.

General Admission: $20 per device. Limited to one (1) device per household. Become a Virtual Arts Pass member to enjoy this special event along with many others this month!