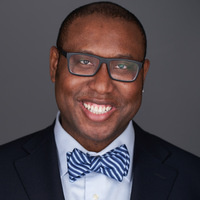 Dr. Quayshawn Spencer is Robert S. Blank Presidential Associate Professor of Philosophy at the University of Pennsylvania.  He earned a Ph.D. from Stanford (philosophy), M.S. from Stanford (biology), and a B.A. from Cornell (chemistry & philosophy).  He specializes in philosophy of science, philosophy of biology, and philosophy of race. He is interested in whether any folk racial classification divides people into real biological groups.

In his talk, he will discuss how the populations in a fivefold subdivision of humans into biological populations—the so-called human continental populations—correspond one-to-one with the five official races of the Office of Management and Budget in the U.S. government.  He will explore interesting implications of the identity reflected in this mapping for the metaphysics of race and for NIH-funded clinical research.