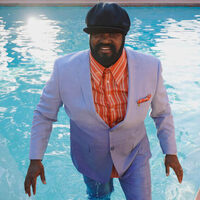 Gregory Porter rose to acclaim in the 2010s with his earthy, cross-pollinated brand of jazz, soul, and gospel. Porter has earned favorable comparisons to his idols Nat King Cole, Donny Hathaway and Stevie Wonder. He announced his arrival by picking up a Grammy nomination for his 2010 debut, Water. After signing to Blue Note, he gained even wider notice for his third album, 2013’s Liquid Spirit, which hit No. 2 spot on the jazz charts and won the Grammy for Best Jazz Vocal Album.

Buy Tickets
UAB is an Equal Opportunity/Affirmative Action Employer committed to fostering a diverse, equitable and family-friendly environment in which all faculty and staff can excel and achieve work/life balance irrespective of race, national origin, age, genetic or family medical history, gender, faith, gender identity and expression as well as sexual orientation. UAB also encourages applications from individuals with disabilities and veterans.