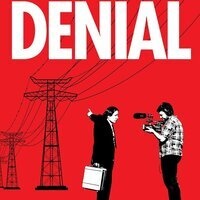 The Alabama Young Democrats in partnership with UAB Institute for Human Rights present a screening of the documentary "Denial" along with a conversation with Christine Hallquist.

DENIAL is a documentary feature about electricity, about gender, about family, and about the many ways we lie to ourselves when faced with overwhelming facts. It is the story of a family coming to terms with hard personal truths against the backdrop of a global crisis.

Christine Hallquist is the Chief Executive Officer of Cross Border Power, a Canadian company whose mission is to stop climate change. In 2018, Christine became the first transgender major party candidate for governor in America, winning the nomination of the Democratic Party.