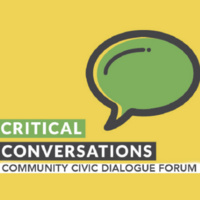 History as Education, Entertainment, or Propaganda?

Part of the" Critical Conversations" series.

In recent years, there has been ongoing debate, commentary, and criticism around a number of retold historical events. From school textbooks replacing the word slaves with workers, immigrants, or indentured servants as interchangeable terms to describe slavery in America to Hollywood blockbuster films taking creative liberties to add in fictionalized characters and plot lines to make movies more inspirational and palatable for the audience.

Scholars have noted that the representations of historical narratives in film and television are a method of societal control because it shapes our likelihood to accept or deny public memory through the dissemination of values and beliefs.

Join us as we explore these various intersections, its impact on today’s culture, and answer the overarching question, “Should how we tell the story matter?”