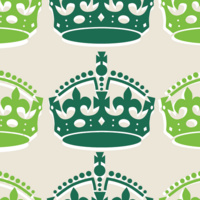 Charles in Charge: What’s Next for the British Royal Family

As Great Britain enters a new phase of history, join us virtually as we explore all things royal during Charles in Charge: What's Next for the British Royal Family.

Royal expert Rachel Burchfield will discuss what the reign of King Charles III will look like - including deep diving into what has happened in his first three months and what the rest of his first year on the throne will likely look like, including his coronation on May 6, 2023.

Rachel will examine all the key players in the British Royal Family, from Prince William and Kate Middleton to Prince Harry and Meghan Markle to Camilla, who nobody ever thought would be Queen - but will be.

We will also unpack the headlines, juicy and serious:

And so much more!

Access information will be sent to registrants in a confirmation email.