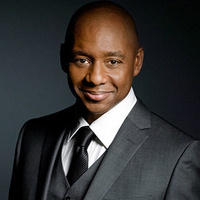 Branford Marsalis is one of the most revered instrumentalists of his time. The three-time Grammy Award winner has continued to exercise and expand his skills as an instrumentalist, a composer, and the head of Marsalis Music, the label he founded in 2002 that has allowed him to produce both his own projects and those of the jazz world’s most promising new and established artists.

Having gained initial acclaim through his work with Art Blakey’s Jazz Messengers and his brother Wynton’s quintet in the early 1980s, Marsalis also performed and recorded with a who’s-who of jazz giants including Miles Davis, Dizzy Gillespie, Herbie Hancock, and Sonny Rollins. He has also collaborated with such diverse artists as Sting, the Grateful Dead and Bruce Hornsby.

Whether on the stage, in the recording studio, in the classroom or in the community, Branford Marsalis embodies a commitment to musical excellence and a determination to keep music at the forefront.