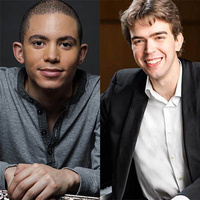 Flutist Anthony Trionfo was recently praised as a “breezily virtuosic flutist” by the New York Times after his New York concerto debut with a performance of the Ibert Flute Concerto with the Orchestra of Saint Luke’s under the baton of Teddy Abrahms in May 2019.